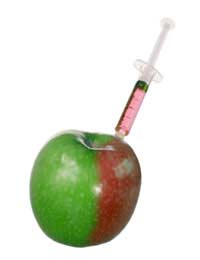 Food additives play an important role in the preservation of our food, one that we usually take for granted. UK food additive regulations implementing EU legislation and recommendations of the UK's Food Advisory Committee are drawn up by the Food Standards Agency's Additives and Novel Foods Division. All additives are subject to ongoing safety review as scientific understanding and methods of testing continue to improve.

Additives are used in food for five main reasons, these are;

Aspartame is an intense sweetener, approximately 200 times sweeter than sugar. It has been used throughout the world in soft drinks and other low-cal or sugar free foods since 1974. It was first approved for use in the UK in 1982. It is also known by the name NutraSweet. Aspartame sugar substitutes have been cited for causing symptoms from memory loss to brain tumours.