Home > Dietary Supplements > Taking The Junk Out of Food

Taking The Junk Out of Food 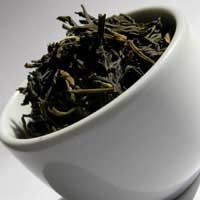 Green tea is a 'non-fermented' tea, and contains more catechins, than black tea or oolong tea. We are all becoming more and more familiar with green tea's abilities to prevent disease and also it healing benefits, but there are even more healthful secrets locked within this amazing leaf. For example, did you know that it can help your digestive processes, which in turn prevents a host of diseases?

The tannins in green tea have wide ranging beneficial effects on the body because of their effects on the beneficial microflora that inhabits the gastrointestinal tract. The intestinal tract is inhabited by thriving colonies of over 400 types of microorganisms. While some of them are responsible for causing disorders such as irritable bowel syndrome, allergies and digestive problems, others are working hard to combat pathogens, help the body release toxins and thus keep the immune system healthy. Beneficial microorganisms that normally inhabit the human colon become fairly well established shortly after birth and remain relatively stable throughout life, depending on diet and the amount of de-stabilizing pathogens. Green tea modifies intestinal microflora by helping to boost the growth of beneficial bacteria and thus restricting the growth of intestinal pathogens.

Green tea may be useful as a glucose regulator this means it slows the rise in blood sugar following a meal. It does this by slowing the action of a particular digestive enzyme called amylase. Amylase is produced by the pancreas and salivary glands to break down starches (carbohydrates), which can cause blood sugar levels to rocket after you've eaten. Green tea may also help weight loss as part of a calorie controlled diet by increasing the metabolic rate, due to both the antioxidants as well as the caffeine content. Adding green tea to your diet also benefits your body by increasing organic acids and lowering your body's pH, which can also contribute to weigh loss.

That's not all; another amazing attribute of green tea is that it can help you stay younger, longer? Its true, the reason is that one of the active constituents in the green tea leaf is catechin polyphenols. Green tea catechins are potent antioxidants. Antioxidants consist of a group of vitamins, minerals and enzymes that protect our body by fighting off enemy free radicals. Free radicals are chemicals that destroy healthy cells and membranes within our bodies. Free radical damage can lead to degenerative diseases such as heart disease and cancer. Dangerous amounts can even alter the way in which cells code genetic material. Scientists also believe that they are also the basis of the aging process. Epigallocatechin gallate (EGCG) is the most powerful of these catechins. EGCG functions as an antioxidant, and is about more than 50 times more potent than vitamins C and E. One cup of green tea can provide between 10 and 40 mg of polyphenols and has antioxidant effects that are greater than a serving of broccoli, cabbage, or spinach).